The Womens Tour of Britain 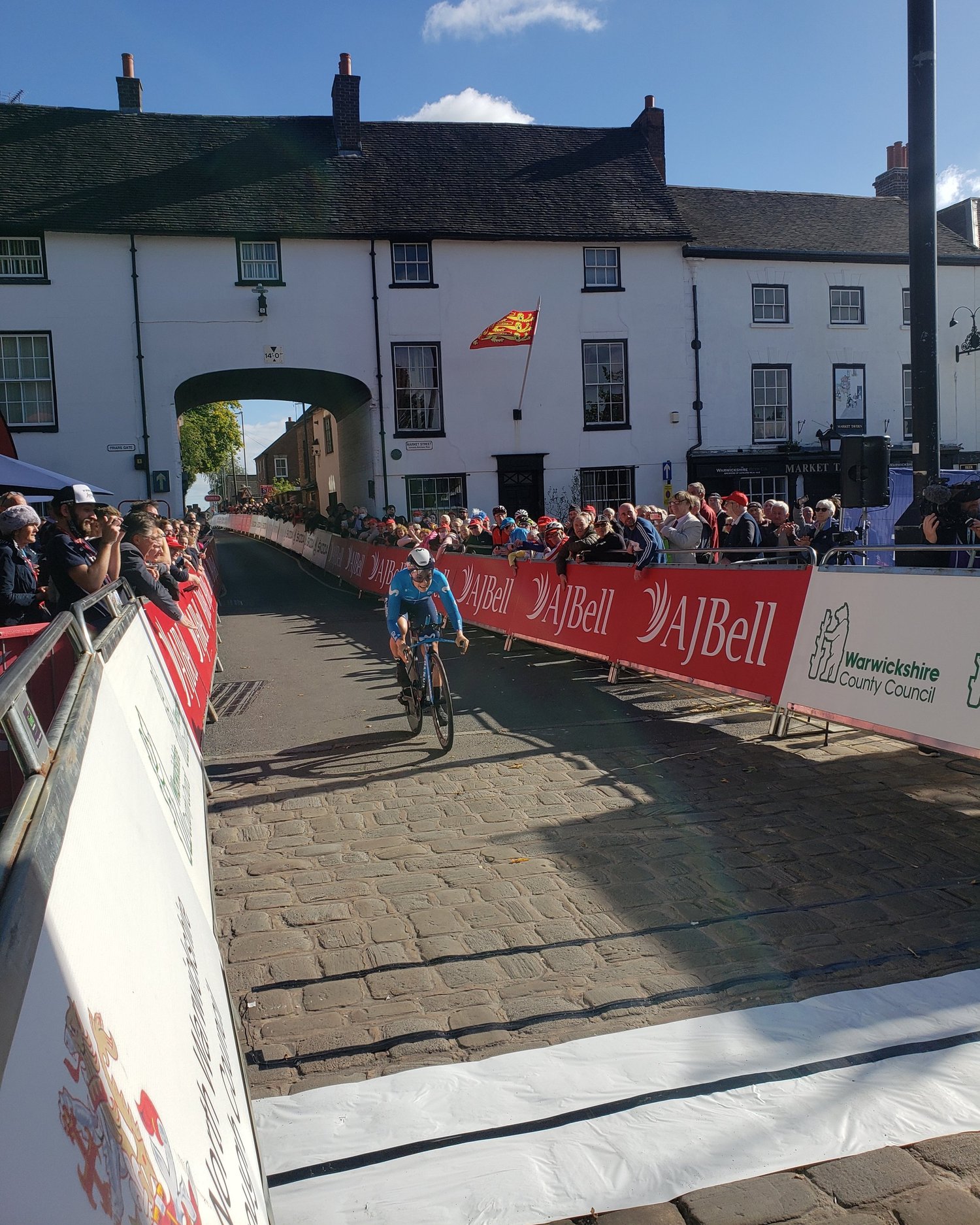 Whist back in the UK this October, I was lucky enough to win 2 tickets to see the first ever Individual Time Trial for the Womens Tour of Britain in Atherstone in the Midlands.

Without really thinking it through I’d ‘Retweeted & Commented’ on a tweet by the headline sponsor – A J Bell. We were then completely taken aback when they sent us a Direct Message saying we’d been drawn as one of the lucky winners for that stage – it was the only stage we’d applied for because it was fairly close to the East Midlands. 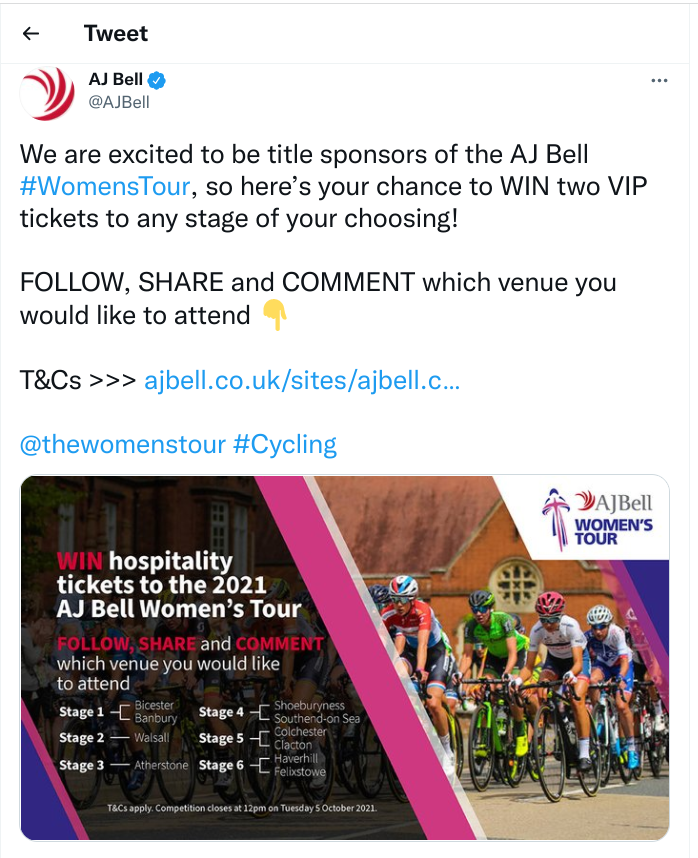 After a hasty check of timetables, I found myself on a train headed for Birmingham New Street on the Wednesday morning. Changing at Tamworth I made it to Atherstone with plenty of time to spare. Luckily we have a friend in town, so I headed over there for a quick cuppa before everything kicked off.

Atherstone is a very pretty little Market Town in the North of Warwickshire, as close to Leicester as it is to Birmingham. Full of lots of independant shops and cafes centered around a lovely old market square, it’s well worth a visit for this alone. This was the 4th time the Town has been involved with the Womens Tour.

The route for the day took in lots of the streets around the centre with the start and finish lines close to each other. But the main event was out to the south of the town on some tight and technical country lanes. 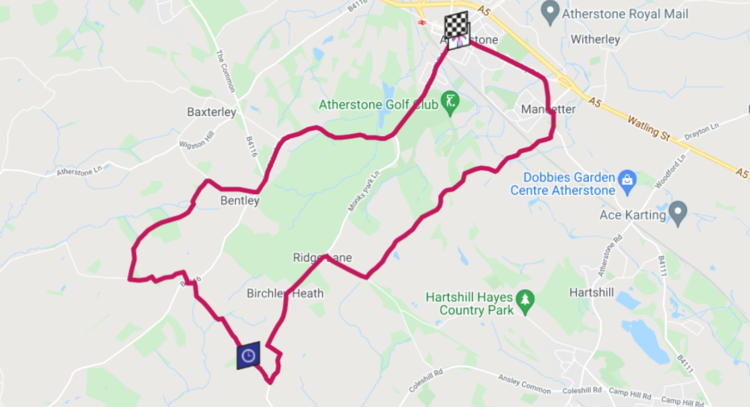 We made our way to the finish line area where the Hospitality tents had been set up and the dignatories were already milling about. After a quick coffee and and a bit of mingling ourselves, we wandered over to the finish line to watch the first of the time trialists come through the clock.

Initially the 16.6km course was being covered in around 27 minutes, showing how technical those lanes were but the times came sneaking down as the stronger riders tackled the course throughout the day.

We headed back to the tents to pick up a bite to eat where we chatted with a few more peeps – some of the stallholders who had been invited to support the event as part of the Tour Vilage. The food was great incidentaly, and beers or a glass of wine were all included.

After a last dive into the Cheeseboard (you all know I can’t resist Cheese) we headed back over towards the finish line to see the final 10 – 15 riders come home. 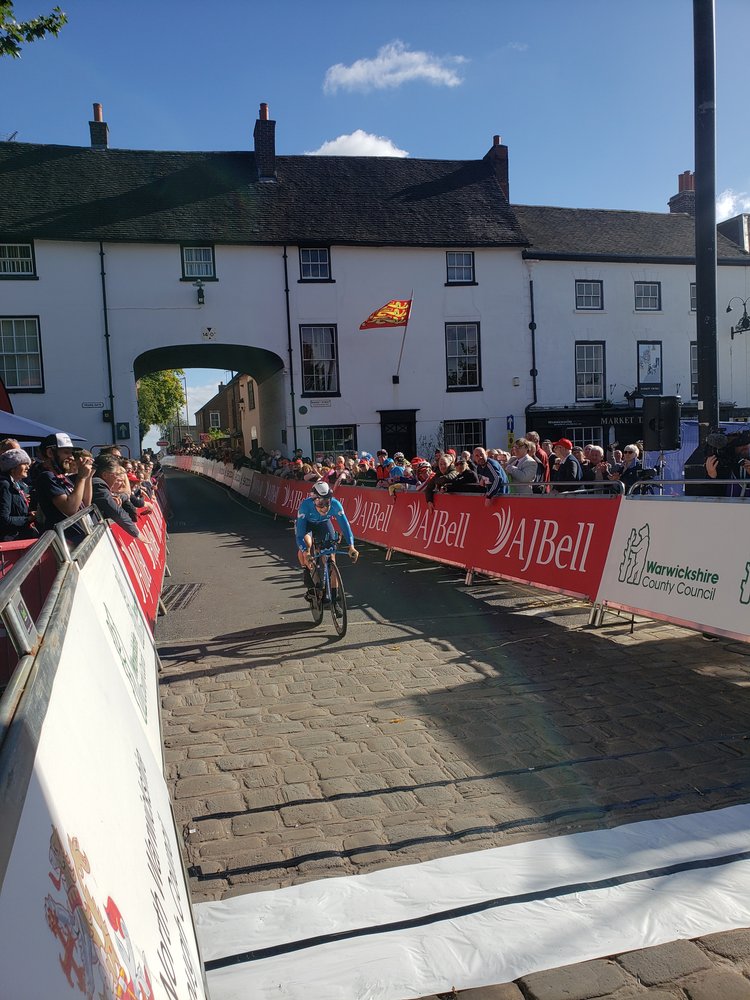 The finishing times had dropped significantly now as the top riders in the GC battle passed under the archway and across the finishing line. We were lucky enough to see the top British hope, and current womens hour record holder – Joss Lowden, set a great time and hop into the leaders chair which she held for quite some time.

Sadly Joss was pushed down to second place when Demi Vollering set a scorching time of 23 minutes and 18 seconds, over a minute quicker than everyone else who went on to win the stage and the whole tour 4 stages later.

All in all a wonderful day out and our thanks go out to A J Bell for running a competition for fans, the effort they put into the Tour Village and the Hospitality and their overall support for cycling in Britain at the moment.

PrevPreviousFighting for change in a changing world!
NextAccountable is a key word in business planningNext