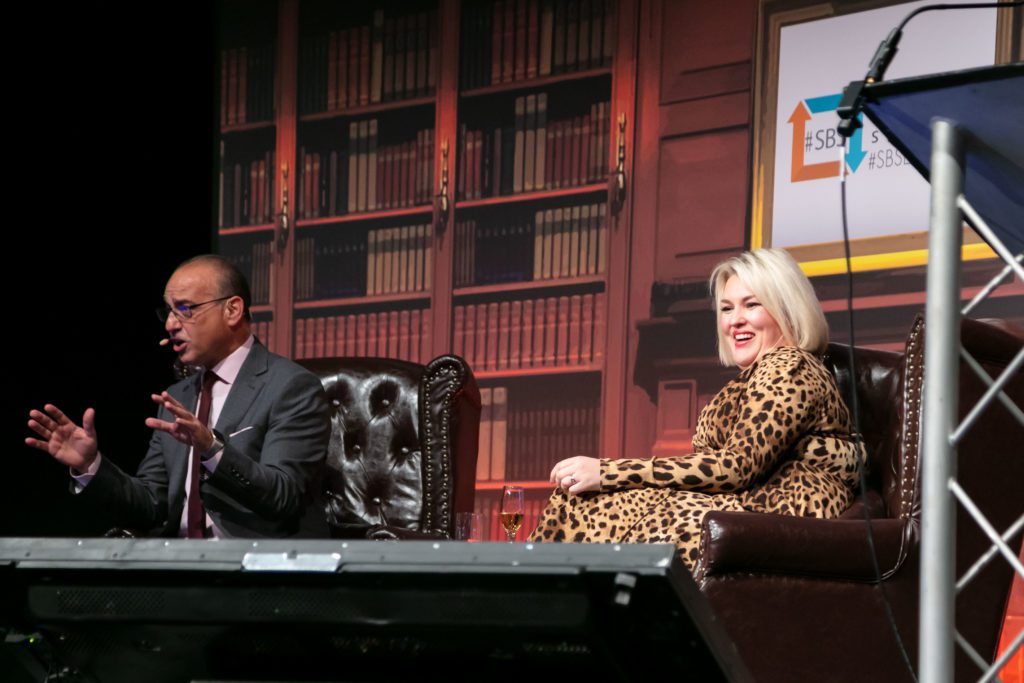 On Friday 28th February 2020, Theo Paphitis hosted his annual event for his #SBS Small Business Sunday winners in Birmingham.  The event, kicked off 10th anniversary celebrations marking over 3,000 #SBS winners in the group.  Almost 1,000 of these small businesses attended the packed day with presentations from Google Digital Garage, Mind, LinkedIn, NatWest Business and a session from Theo Paphitis.  The event opened with a special 10th anniversary song from The Charlalas on the main stage.

The full day event was sponsored by DHL, Ryman, Robert Dyas, iLaw, Square, Autumn Fair, Western Union, HP and NatWest Business – without whom the event would not be possible.  Theo’s fireside chat interview in the afternoon was with fellow TV Dragon and crafting Queen, Sara Davies, who took questions from Theo and the audience for almost 2 hours in a very inspirational session.

Theo Paphitis, #SBS Creator, well known retail entrepreneur and TV Dragon said: “It’s hard to believe it’s the 10th anniversary of #SBS, as it just feels like yesterday that I set it up. I am delighted to have over 3,000 small business winners in the network now.  I know how much the initiative means to so many of them, and I’m delighted at the support from fantastic businesses who believe in #SBS as much as we do!  The calibre of our speakers also shows the event and initiative going from strength to strength.”

The winners were also treated to sponsor breakout presentations and #SBS winners Eco Thrifty, Secret Hampers and The Charlalas also shared their expertise with the group.  #SBS winners Balloonista and Scene My Event providing balloons, including a balloon selfie wall, and a 360 degree photo booth for the winners. Socialise and Mingle also helped new winners to break the ice with her fantastic networking cards, encouraging networking,

Winners were also given the option of having 1-2-1 advice sessions with the sponsors, who shared their expertise, have their professional photograph taken, and new winners also received their certificate from Theo Paphitis, as well as having their photo taken together.

Small businesses can enter to be part of #SBS every Sunday between 5-7.30pm on Twitter, by tweeting Theo on @theopaphitis in this time zone, and using the hashtag #SBS.  Theo Paphitis retweets 6 small businesses a week, to the growing network.

@KateOBrienArt Hi there, please email sbs@tpretailgroup.com and we can get you registered :)